The Mason Vision Series is a forum for Mason researchers and scholars to share their work with both university colleagues and the community more generally. It is an opportunity for invited Mason faculty members to share the frontiers of their scholarship in an accessible style that also inspires lively discussion among students, faculty, staff, and the wider reaches of the community. This semester, the series will be live streamed through GMU-TV, offering those across our community an opportunity to join and engage with faculty. To watch the events at a later date, click on the title links. Subject and speaker details are in the section below the chart.

Event Description
A slow and tentative recovery from the COVID-19 pandemic, compounded by the Russian invasion of Ukraine, higher-than-expected inflation worldwide, and a worse-than-anticipated slowdown in China, the U.S. and the world economies have an increasingly gloomy forecast. While the global economy is expected to expand at an average annual rate of around 2.5 percent over the next decade, GDP growth is projected to slow sharply this year, to around 3%, and remain at a similar pace in 2023. This raises the risk of stagflation, with potentially harmful consequences for middle- and low-income economies alike. Dr. Garett Jones, Associate Professor of Economics and the BB&T Professor for the Study of Capitalism at the Mercatus Center, will address these issues and outline what to expect—both at home and abroad—and identify whether and why a recession is looming as well as the source of inflation and how to fight it. 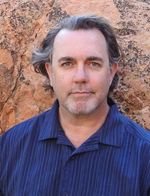 About Dr. Jones
Garett Jones is an Associate Professor of Economics and the BB&T Professor for the Study of Capitalism at the Mercatus Center, George Mason University. His research interests include macroeconomics, monetary economics, and the microfoundations of economic growth. His work has appeared in journals such as the Journal of Monetary Economics, the Journal of Economic Growth, and Philosophia. He has served as an associate editor of the New Palgrave Dictionary of Economics, and wrote the preface to the century-old Dictionary’s 3rd edition. His first book, published in 2015, is entitled Hive Mind: How Your Nation's IQ Matters So Much More Than Your Own, and his second book, published in 2020, is entitled 10% Less Democracy: Why You Should Trust Elites a Little More and the Masses a Little Less. His third book, out this November, is The Culture Transplant: How Migrants Make the Economies They Move to a Lot Like the Ones They Left. All three were published with Stanford University Press. Due to his work, Garett has appeared in C-Span’s Washington Journal, the Washington Post, the Wall Street Journal, Bloomberg BusinessWeek, Fox Business, and the New York Times. In addition to his academic work, Garett has also served as Economic Policy Adviser to former Senator Orrin Hatch and as a staff economist to the Joint Economic Committee of the U.S. Congress. Garett holds a Ph.D. in economics from the University of California, San Diego.